Been kind of bored honestly. Just been fiddling on the computer tonight. I was at least productive finally and did some chores. Finished most of my ones for the week. Just have loads of laundry to do. 😓 What happens when I put it off for…a long time. 🤣

My hand is doing much better. The redness has faded quite a bit, most of the dead skin is gone, and it doesn’t itch as much. 🙂

Today, or yesterday (take your pick) went in to work to let them know I was good to come back next week. Slight confusion there. My doctor’s note said I was out through the 4th. They thought it meant I was to come back the 4th. I think it really was supposed to be after. But they tend to word these things weird. Anyway, they asked if I wanted to work Friday. I didn’t really want to (didn’t want to till Monday), but did since I figured it was best to. Working 8 AM – 1 PM. She said after that my shedule should be normal next week, which is usually 5 AM – 1 PM. Ah well. Least its a short shift. I have been off for a long time. Since the 19th (well I did technically work that day, but that was the day I burned myself. I really only worked like 15 minutes that day 🤪). It was a nice little vacation. 😆 Just lazed about, played online, and played lots of CrossCode for the Switch (which is awesome!).

Well figured I should update. Mostly to let you all know I felt better after resting for that day. Was just the weather I guess. 😊

Last week has been a lazy week for me. It was so hot I never felt like doing much. And work, has been ugh as usual. I’m trying more or will be to better myself and not let stuff get to me. I need to ignore people that irritate me instead of getting mad and having outbursts sometimes. Honestly my main problem.

I have been trying out Final Fantasy XIV Online. There was a free trial for 30 days and thanks to reading Winter Moon (a web comic about online gaming), I felt like playing one of those again. I used to play a few: Final Fantasy XI, World of Warcraft, Fly for Fun.

Not too far in. Don’t think I like it as much as XI or World of Warcraft though. But I’ll play some more. I made my character one of the cat looking races. To me she’s a ferret! 😆

So some entries back I mentioned how I’ve been having issues with UTI’s. Its been going on for a good three months. Right now on low dose antibolics which seem to keep it at bay. I’ve missed a day here and there and immediately it comes back either in frequent trips to the bathroom or pain in my side. But as long as I take them I’m fine.

I had an appointment today where they were to use a camera to look in my bladder. I was super nervous about it. A month or so ago I had gone to a ‘lady doctor’ and man that had hurt. I was in tears. Probably somewhat cause I was tender in the area from all these UTI’s. Anyway, I got that done today. It didn’t really hurt. A bit, but not much. Also got to see my bladder on the screen. 😝 Was really weird. But it was all normal. Its good…but I wish I had an answer for this. Right now I just continue with the antibolics.

I was rather sore after, but it wasn’t too bad. I went home, ate, and slept. 😴 Only other thing I really did today (other then work before the appointment) was play Steven Universe: Unleash the Light, which I finished a bit ago. But gotta do all the other stuff still, so working on that.

Well, I gotta head to be soon. Night! 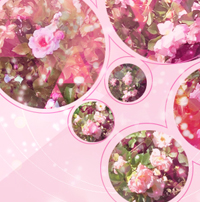